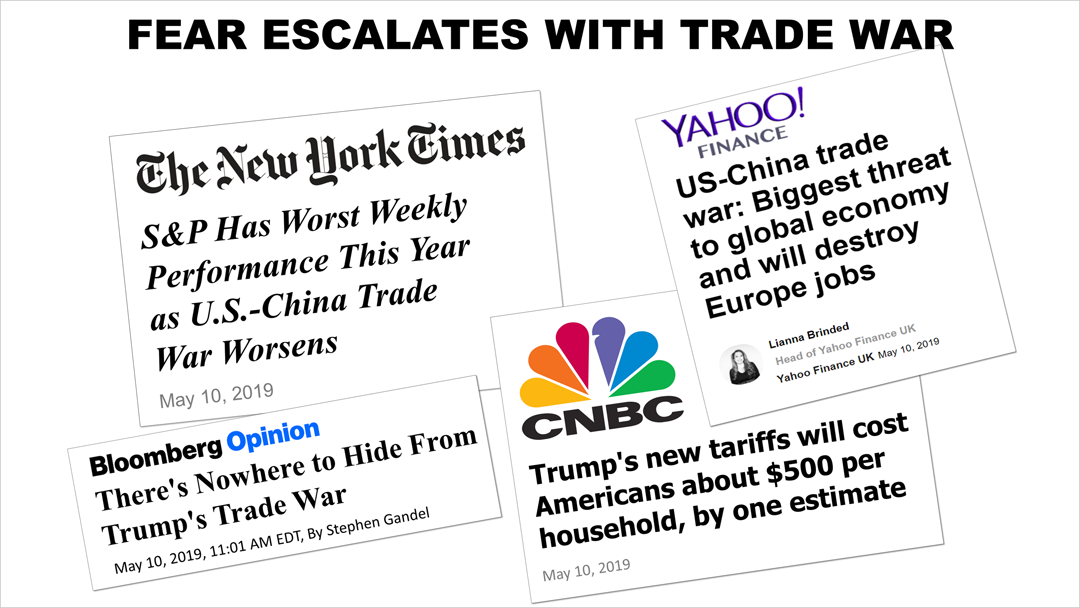 While fearful headlines about the U.S. - China trade war dominated the news, stocks gyrated throughout the week.

CNBC reported that it could cost the average American family between about $500 and $800. "Further escalation of trade tensions would have dire consequences for both protagonists and the rest of the world," Oxford Economics told CNBC. 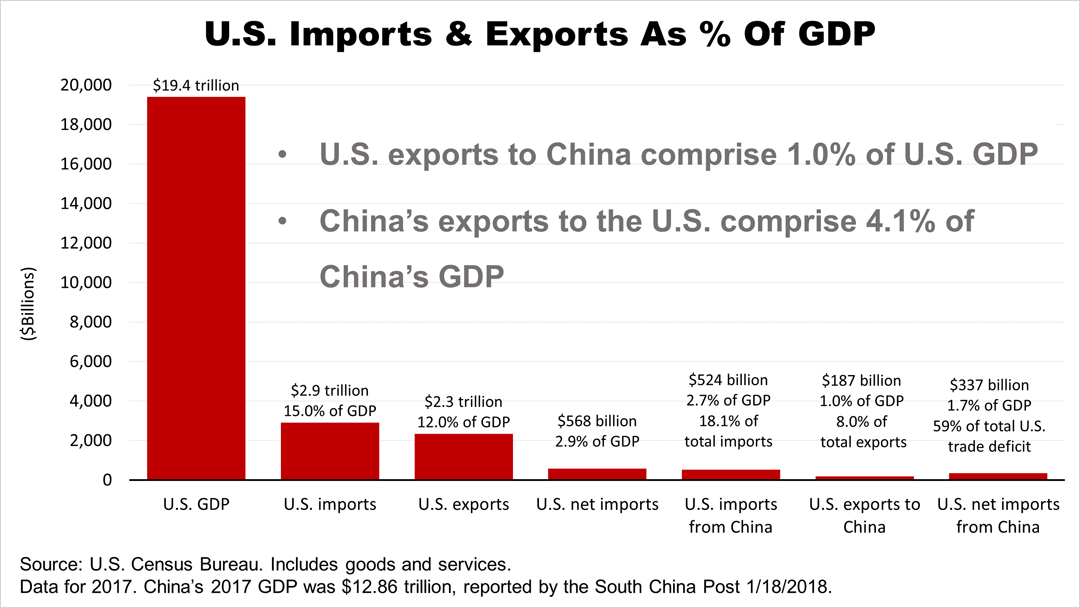 The U.S. imported $524 billion from China in 2017, and imports from China accounted for 59% of the U.S. trade deficit. More importantly, however, U.S. exports to China comprise just 1.0% of U.S. GDP. In a $19-trillion-dollar economy, with 1.0% attributable to exports to China, the China trade war may be overdone.


China's exports to the U.S. comprise 4.1% its GDP, and China has lots more to lose from the trade war than the United States.


No one can predict the market's next move and past performance is not indicative of your future results. Stocks are only one asset class in a long-term strategically-designed portfolio and stock prices don't always reflect fundamental economic trends. However, over the long-run, economic fundamentals are the key determinant of corporate earnings, which drives stock prices, and economic fundamentals remained strong.