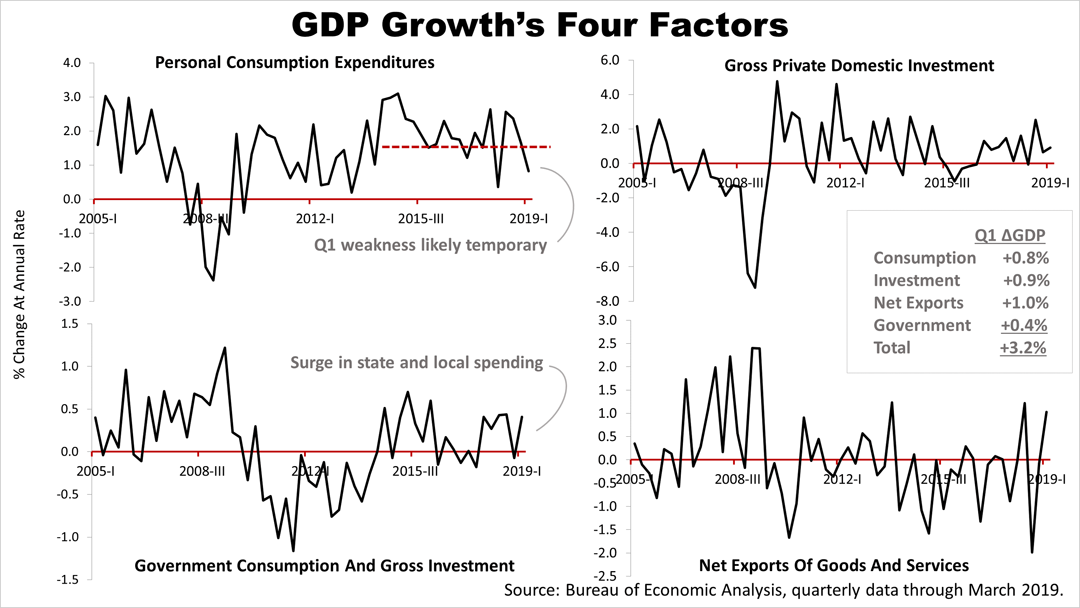 The U.S. economy grew by 3.2% in the first quarter of 2019, according to a government release on Friday morning.


The 3.2% rise in gross domestic product was more than twice the 1.5% consensus expected by economic experts in two separate surveys conducted by Blue Chip Financial Forecasts and The Wall Street Journal just three weeks ago. 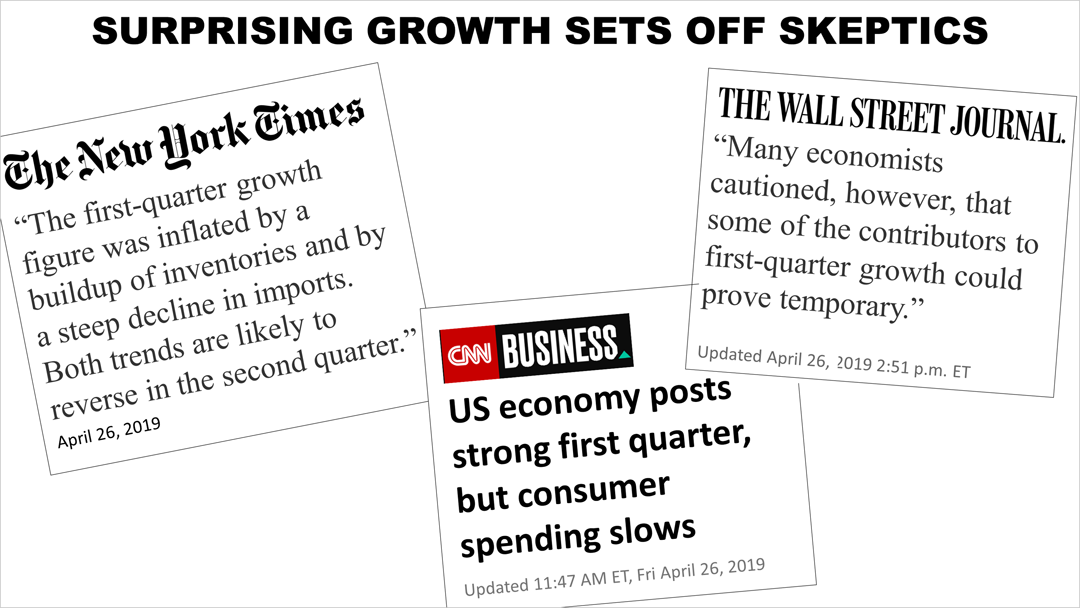 The growth surprise announced by the Bureau of Economic Analysis on Friday morning immediately set off speculation about whether the strong growth was sustainable and exactly which fundamental factors drove the burst of strength in the government's official first-quarter initial estimate of GDP growth.

"The first-quarter growth figure was inflated by a buildup of inventories and by a steep decline in imports," according to The New York Times on Friday. "Both trends are likely to reverse in the second quarter."

The Wall Street Journal issued a similarly skeptical report on Friday, and CNN Business said, "digging into the details of the report reveals that weakness remains in the American economy." 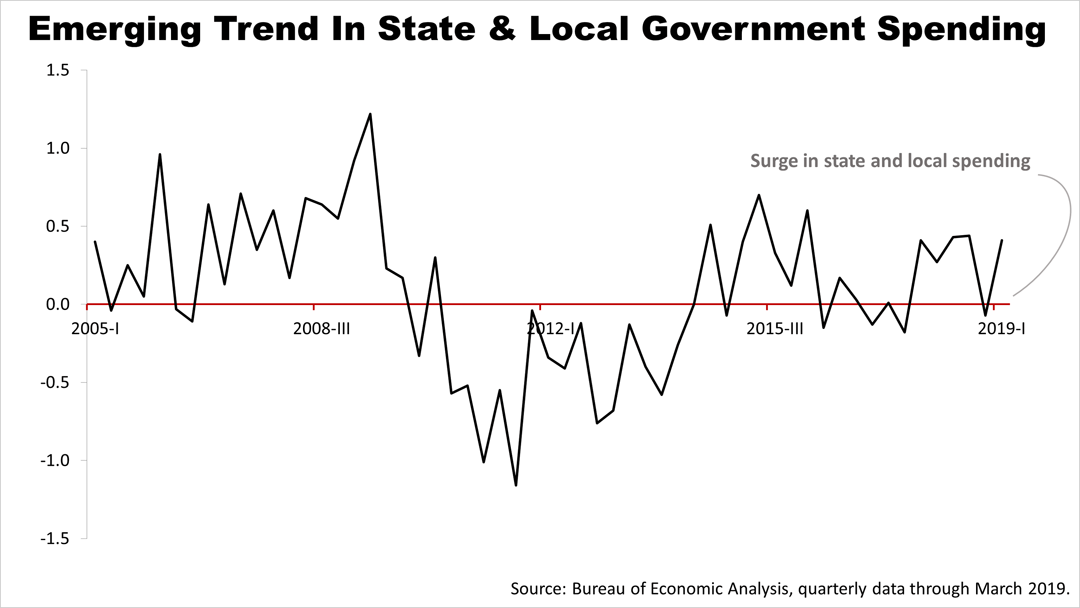 Independent economist Fritz Meyer, whose research we license to share with our clients and friends, says the underlying fundamental strength appeared to be tied to an emerging trend of increased government spending.


State and local government spending plunged after the start of The Great Recession in the third quarter of 2009. After bottoming in third quarter 2011, it began a long march toward recovery. According to Meyer, the rising trend is hard to track because it comes in fairly unpredictable bursts like the one in the first quarter of 2019. The surges show up when states and localities spend money and not when they issue bonds, which makes this trend hard to predict or detect as it emerges, according to Meyer, who was a senior strategist at one of the world's largest investment companies before becoming an independent financial economist. 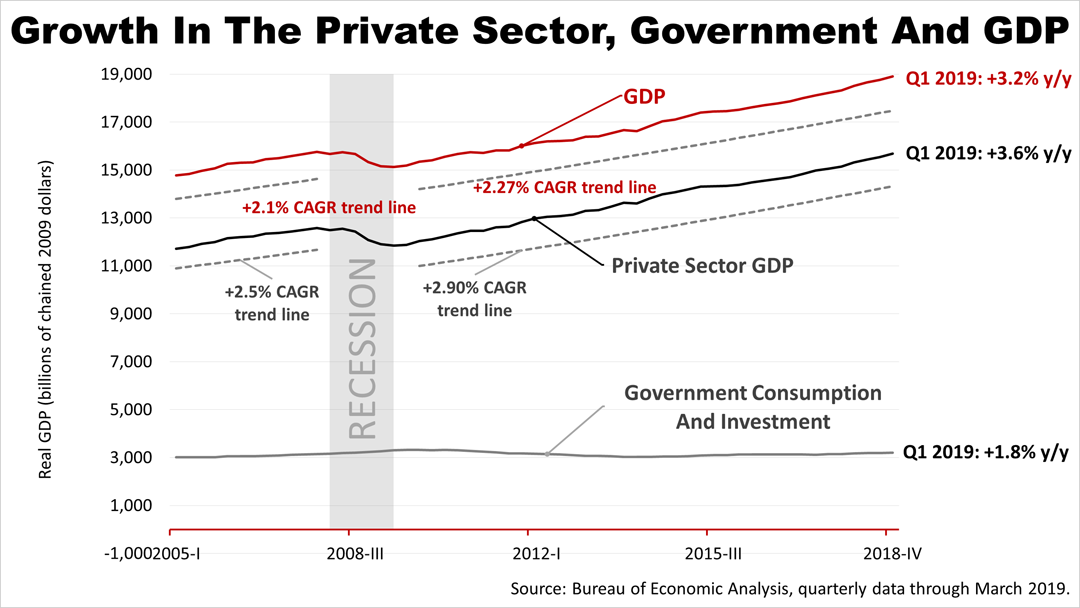