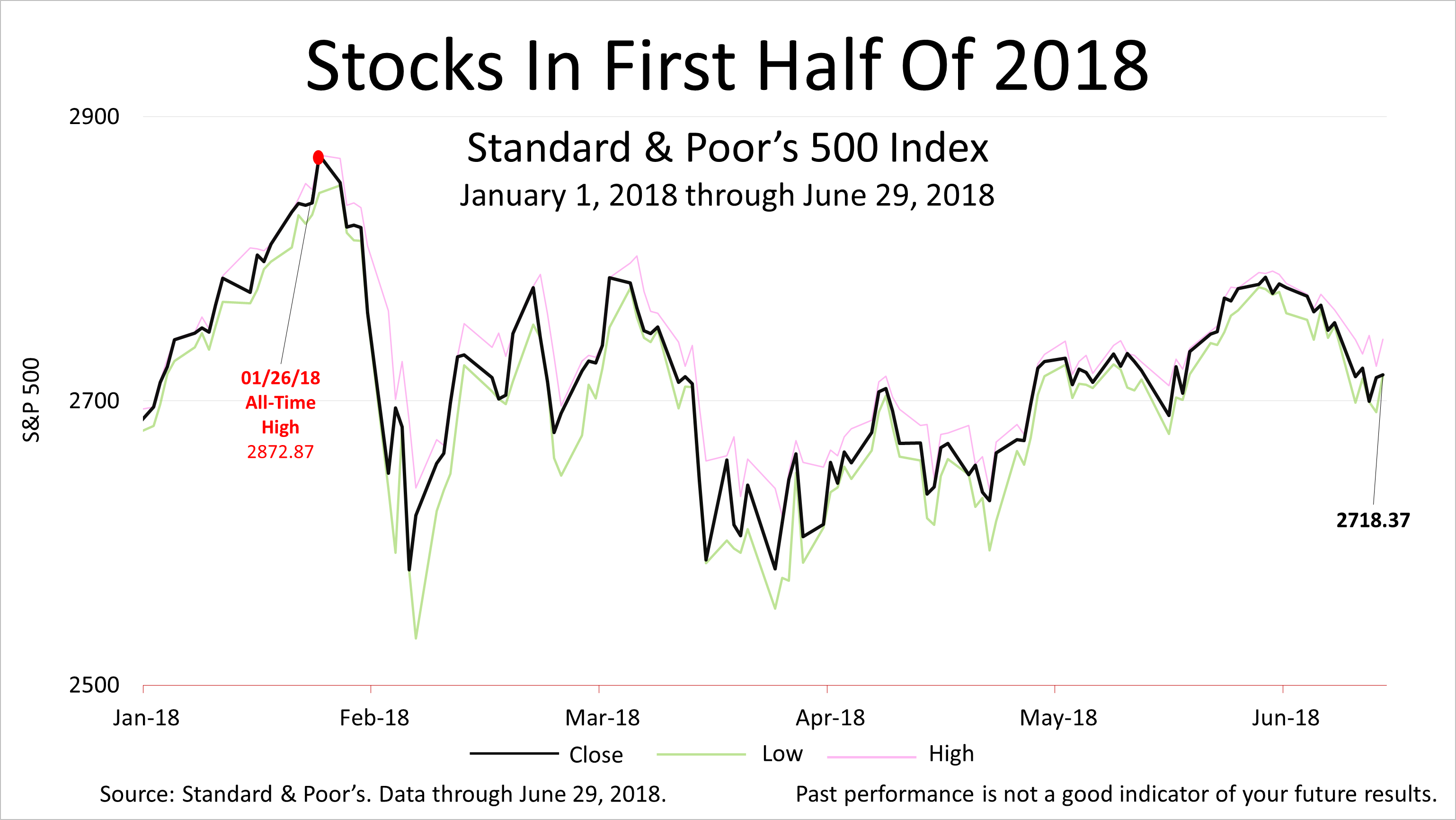 In the first half of 2018, large-cap stocks in the Standard & Poor's 500 index eked out about a 1% gain, closing Friday at 6% less than January's all-time high.

Small-cap stocks returned 7.6% in the first half while investors who bought into TV ads for gold and silver investments were sorely disappointed with their 4.3% loss in the first six months of the year. 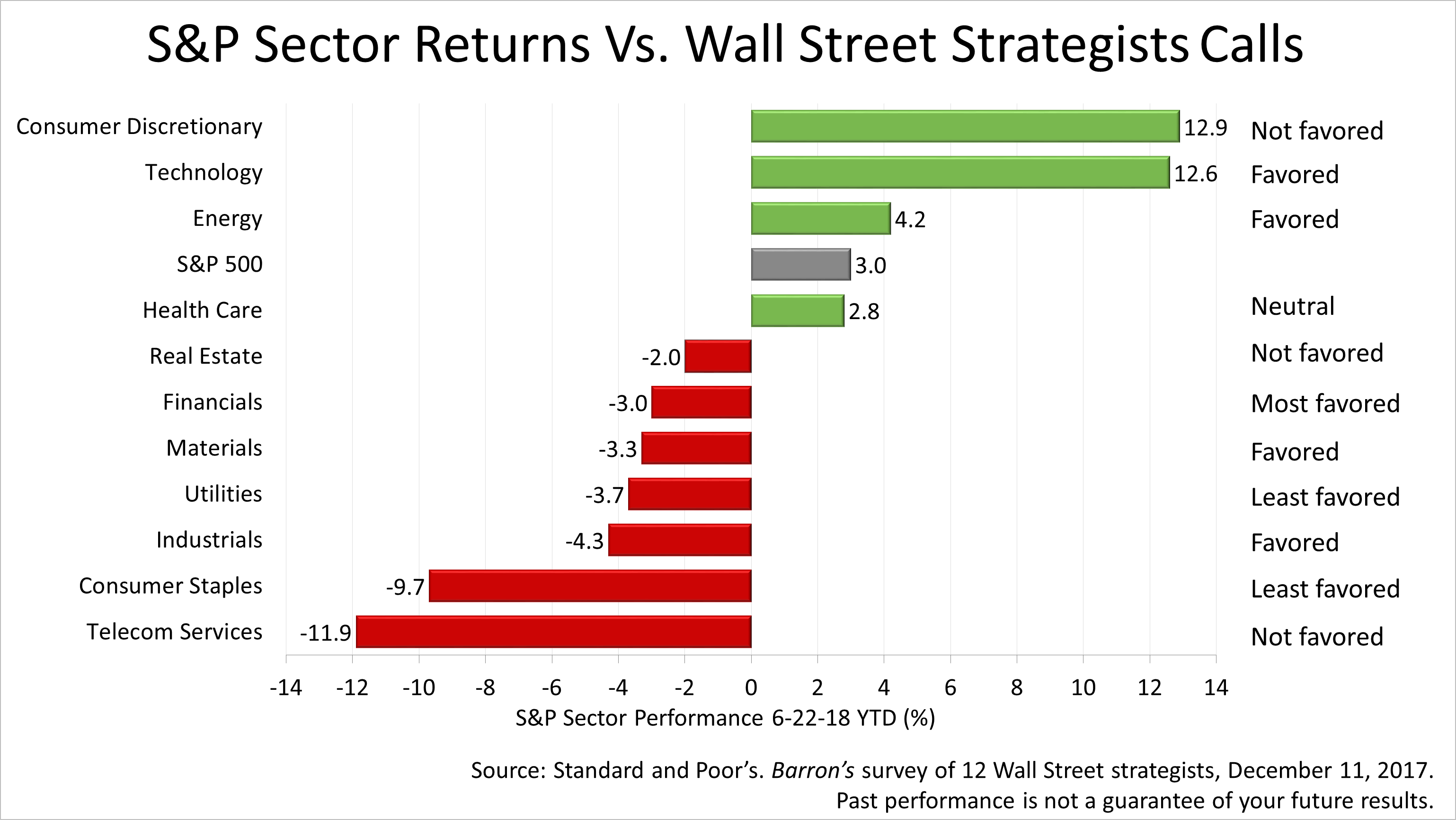 
Also shown are the consensus forecasts of popularly-followed Wall Street strategists for each of the 10 industry sectors. The strategists' predictions were published in a December 11, 2017 issue of Barron's, a weekly financial newspaper.

Wall Street's "top" strategists, according to Barron's, did not favor the consumer discretionary sector which was a top performer in the first half of 2018, missing out on the double gains. However, the strategists did favor tech stocks which had very strong returns. The strategists told Barron's last December that they favored industrials for 2018; they lost 4.3% between January 2 and June 22, 2018, according to the latest available data.

For the first half of 2018, Wall Street giants' performance record shows a familiar pattern of randomness, reflecting the futility of forecasting sectors or styles instead of diversifying a long-term portfolio. Yet the Wall Street sales machine continues to spin predictions. 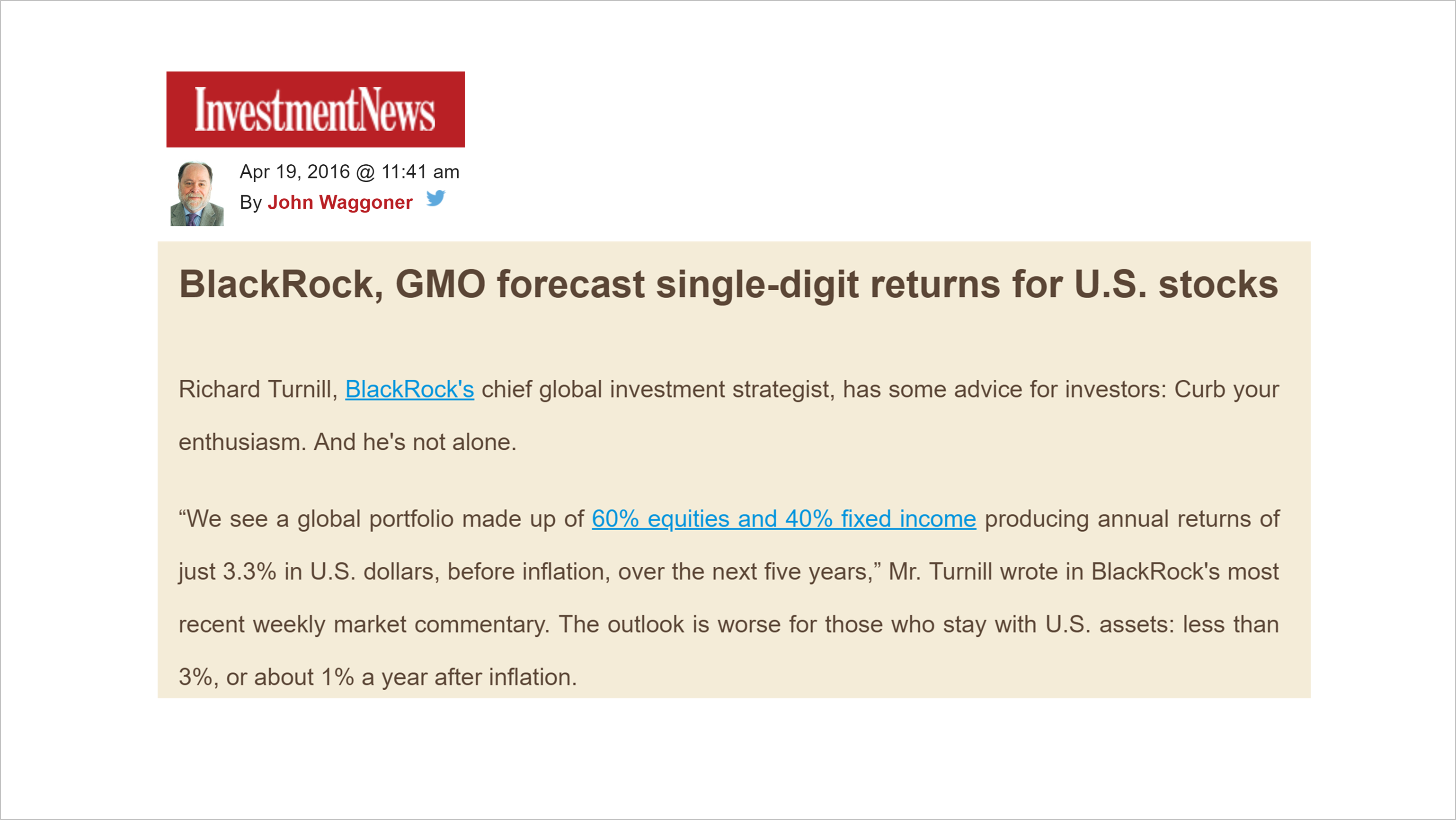 A call by a Wall Street firm, as notable for the colossus it came from as for the potential devastation it caused investors, is shown in the news clipping above. BlackRock, the world's largest investment company, told InvestmentNews' John Waggoner in April 2016 that stocks would return less than 5% annually over the coming five years. How is that turning out so far? 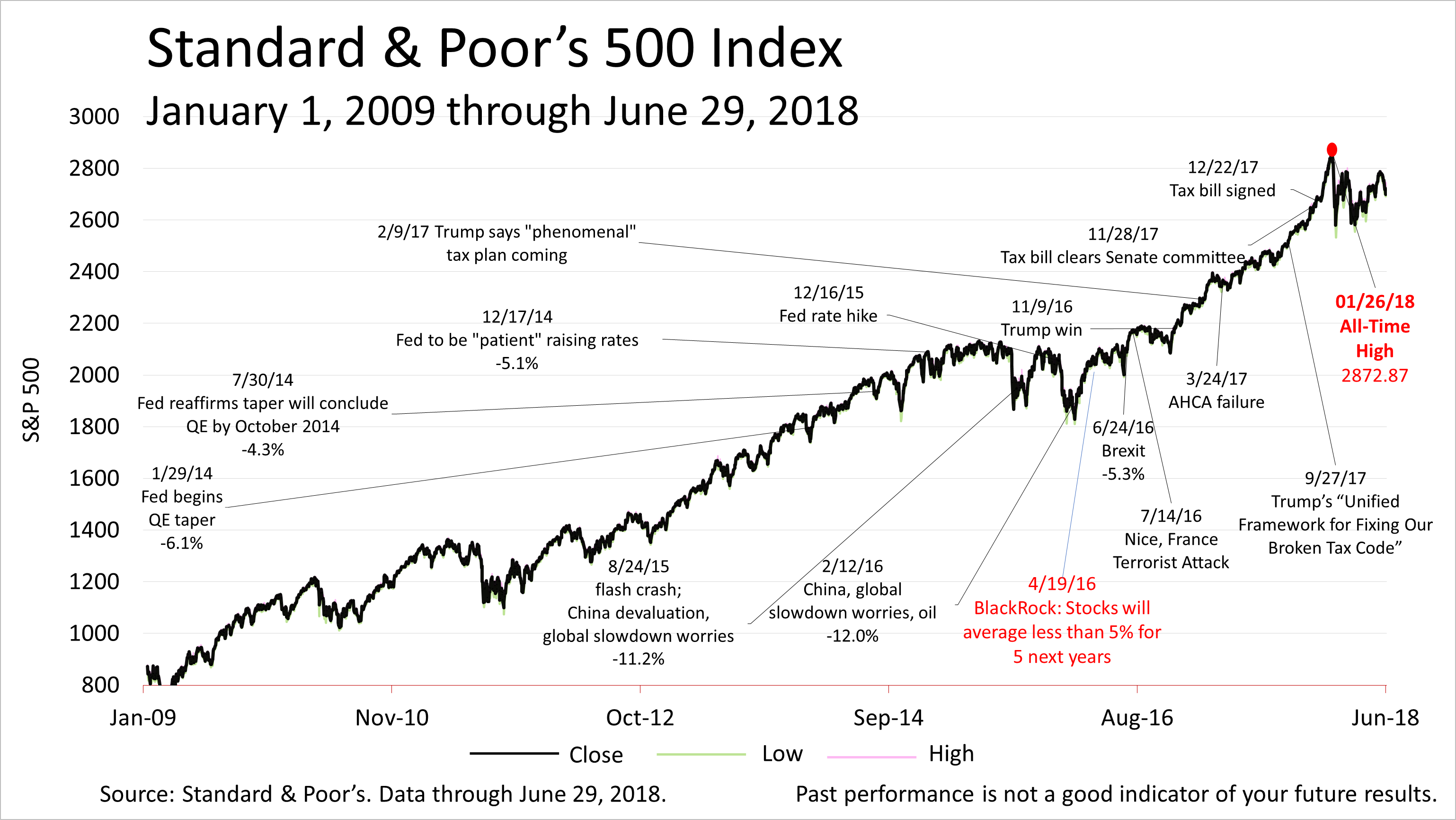 We are independent financial advisors, and you can rely on us for independent research that is shared here as well as objective advice.