Growth Of The Consumer Class And The Investment Outlook 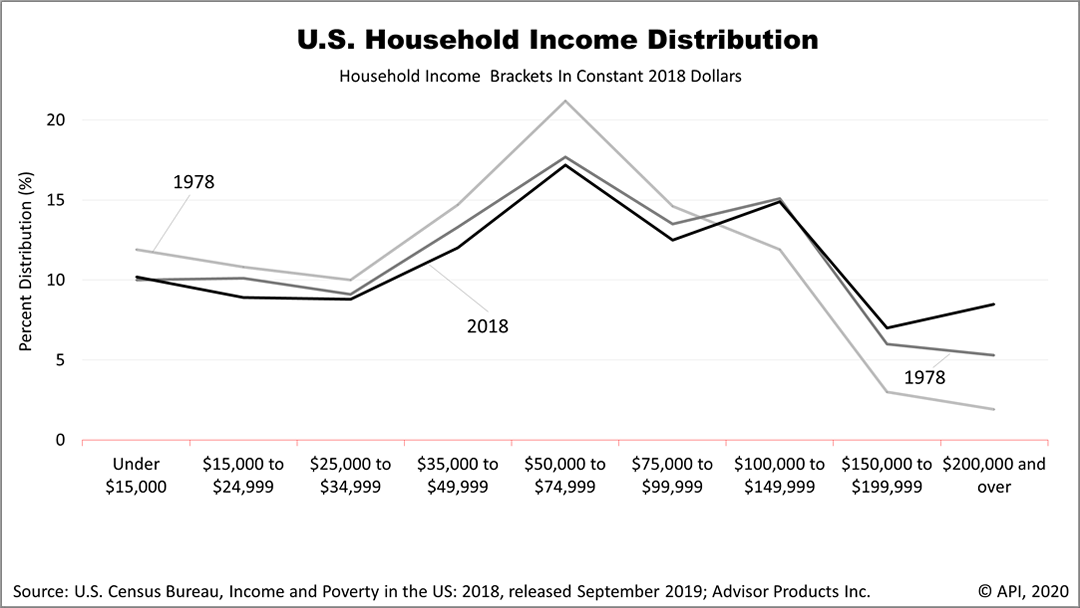 Whatever your views on income inequality, the trend toward a larger and wealthier middle class is good for consumer spending, which drives 70% of the economy. For investors, that's positively fundamental.


Income distribution data in this chart won't answer all the complex questions surrounding income inequality but are useful in understanding this key fundamental economic trend, which drives the investment outlook.


(U.S. Census Bureau income estimates are based solely on income before taxes and do not include non-cash benefits such as food stamps, Medicare, Medicaid, public housing, and employer-provided fringe benefits.)

This article was written by a veteran financial journalist. While these are sources we believe to be reliable, the information is not intended to be used as financial or tax advice without consulting a professional about your personal situation. Tax laws are subject to change. Indices are unmanaged and not available for direct investment. Investments with higher return potential carry greater risk for loss. No one can predict the future of the stock market or any investment, and past performance is never a guarantee of your future results.